Ingredients for the chia pudding

To make this apple chia pudding start by mixing ½ a cup of chia seeds into 2.5 cups of almond milk (or any nut milk of your choice) and whisk the chia seeds throughout so that the chia seeds are evenly dispersed.

As the chia seeds are soaking make this homemade apple sauce for a chunky apple pie sauce to place on top of each chia pudding cup.

To make the cinnamon-spiced chunky apple sauce peel and core 4 apples then slice into thin strips. Place the sliced apples into a pot with ¾ cup water, cinnamon, honey, and vanilla.

Bring the water to a boil then let the apples simmer for 30 minutes until the apples are fully softened and the water has been absorbed.

Use a fork to occasionally stir and mash down the apples into a chunky apple sauce.

Once the homemade applesauce is finished and the chia seeds are done soaking divide the chia seeds into 4 cups or 4 small jars and top with the cinnamon-spiced chunky apple sauce.

Both the apples and the chia seeds are full of fiber to nourish gut bacteria for a healthy microbiome and promote healthy bowel movements.

Chia seeds are also an excellent source of the essential omega 3 fatty acids that many people are deficient in and must be supplied by the diet. If your looking to get more plant-based protein into your diet chia seeds are a great source of protein and healthy fats that will keep you satiated.

Chia seeds are also great for weight loss as they are high in fiber which keep you feeling full and absorb toxins in the bowel for elimination.

The fiber in chia seeds will slow down the absorption of carbohydrates for balanced blood sugar and steady energy levels throughout the day.

So, get in the kitchen and make this healthy apple pie chia pudding!

Also, be sure to grab my free E-book Simply Delicious and Naturally Nutritious 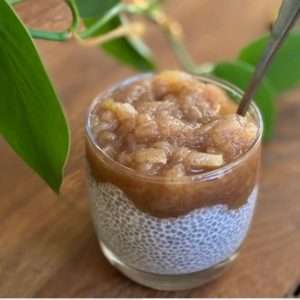 Serve this apple pie chia pudding hot or cold! You can also store in glass jars to have as a snack on the go. Enjoy!
Keyword Gluten-free, Healthy, vegan
Tried this recipe?Let us know how it was!
Share this post

Linkedin
Previous Post: « The Best Homemade Applesauce for Gut Health and Leaky Gut
Next Post: The Best Weight Loss Books That Will Transform Your Body » 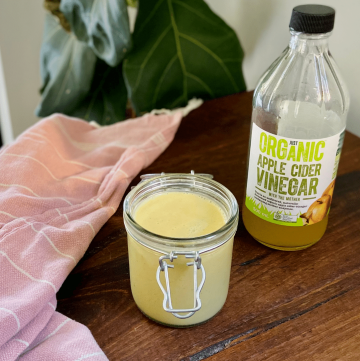 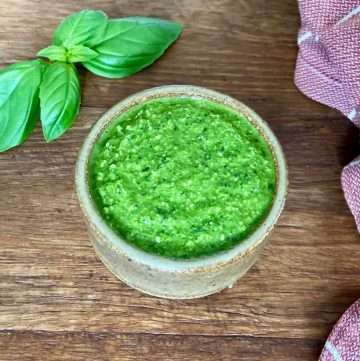