The connection between bile and SIBO lies in understanding the antimicrobial properties of bile.

One of the underlying root causes of SIBO that no one is talking about is having insufficient bile production and low bile flow from the gallbladder. A sluggish gallbladder contributes to SIBO, also known as small intestinal bacterial overgrowth. But what is the connection between a sluggish gallbladder and SIBO?

Bile is a soap-like substance that aids in the emulsification of fats. Bile also has antimicrobial properties.

​Disclaimer: This site contains affiliate links. As an amazon associate, I earn from qualifying purchases.

The connection between SIBO and bile

While there can be other underlying root causes of SIBO, having a sluggish gallbladder and low bile flow is one reason someone can develop SIBO.

Some common symptoms of SIBO include

The Gallbladder and SIBO

One of the significant root causes of SIBO is poor bile production or low bile flow from the gallbladder.

Bile is produced in the liver by the hepatocytes and is stored in the gallbladder. The primary function of the bile is to emulsify fats so that the pancreatic enzyme lipase can further break down fats.

The second function of bile is to disinfect the small intestine to prevent SIBO. The antimicrobial properties of bile to prevent SIBO is often missed by many practitioners.

The hormone CCK stimulates the gallbladder to release bile when dietary fat is eaten. Having adequate phosphatidylcholine ensures the bile flows easily from the gallbladder. Understanding the connection between the gallbladder and SIBO is crucial for healing SIBO for good.

Symptoms of low bile flow and signs that your gallbladder requires support include:

These symptoms of low bile flow alongside SIBO symptoms indicate poor bile flow is an underlying cause of SIBO. Supporting a sluggish gallbladder is crucial to prevent SIBO overgrowth and relapse.

Low bile production and constipation is a common symptom I see associated with SIBO. Bile helps to stimulate peristalsis in the intestinal tract. If someone has poor bile flow, the bowels are often sluggish leading to constipation.

I always think about the gallbladder as a root cause of SIBO if someone has constipation and SIBO. Supporting the gallbladder with sunflower lecithin for bile flow often helps to relieve constipation. One of the primary benefits that I see with clients using phosphatidylcholine is improved bowel movements.

It is necessary to have both the ability to produce enough bile and to have adequate bile flow out of the gallbladder to prevent SIBO.

The purpose of bile for SIBO

You can think of bile as dish soap with two fundamental properties.

#1 The purpose of bile in the digestive process is to emulsify fats from the diet. Dietary fats can then be further broken down by pancreatic enzymes and absorbed. Bile also helps with the absorption of the fat-soluble vitamins A, D, E, K.

There are many underlying causes of SIBO. But it is crucial to consider low bile flow as a root cause of SIBO and look at the body from a holistic approach. The antimicrobial properties of bile are huge for inhibiting small intestinal bacterial overgrowth.

Getting rid of SIBO is not as easy as just taking a round of antmicrobials or antibiotics for SIBO. Especially for anyone who has a sluggish gallbladder. SIBO will often return for those who never addressed poor bile flow in their SIBO healing protocol.

The best way to prevent SIBO from occurring or reoccurring is to have optimal bile flow.

I pinpointed a sluggish gallbladder and liver as the root cause of my SIBO. Since using phosphatidylcholine and ox bile, I no longer experience heartburn which was one of my primary ‘symptoms’ of SIBO.

How to use ox bile for SIBO

Using ox bile for SIBO in conjunction with phosphatidylcholine was the two supplements I used to kick my SIBO. It makes sense, though, when you think about it. Instead of using all sorts of antimicrobial supplements, you can support your antimicrobial defenses by providing bile flow support.

The reason why ox bile works for reducing SIBO is due to the antimicrobial factors found in bile.

I used ox bile on an empty stomach for its antimicrobial properties to reduce SIBO. The dosage for ox bile will vary for each individual.

Taking too much ox bile can cause diarrhea. I used 125 mg of ox bile from Seeking Health on an empty stomach to help get rid of my SIBO. I tolerated this amount just fine.

Many ox bile supplements come in 500 mg. When using a supplement for the first time, starting low and increasing as needed is always best.

Ox bile is best taken with a food that contains some fat to support fat digestion. Before using ox bile, I always like to support the body with nutrients to make healthy bile and promote bile flow first.

When bacteria die, they can release endotoxins and histamine that cause die-off reactions. A binder such as activated charcoal helps absorb toxins and prevent die-off reactions. Optimizing the terrain of the small intestine with antimicrobial bile is crucial to prevent SIBO.

Seeking Health’s Optimal PC (phosphatidylcholine) helps to support the flow of bile from the gallbladder. It is also a key component that makes up bile. This supplement is best taken with food.

Gallbladder nutrients provide the liver with the nutrients to make healthy bile along with promoting bile flow. This supplement is crucial for maintaining a healthy gallbladder.

Taking a digestive enzyme with meals is also very beneficial to reduce SIBO. Pro Digestion Intensive helps to break down all food, including difficult-to-digest legumes, beans, fiber, sugars, and gluten.

Digestive enzymes ensure there are no excess undigested starches in the small intestine for bacteria to ferment.

Subscribe to my newsletter to recieve my ultimate gut health guide and access to my FREE resource library with recipe books for SIBO, IBS and weight loss.

If you are struggling with SIBO, Dr. Nirala Jacobi from the SIBO Doctor has a very informative patient SIBO success course to beat SIBO for good. This course covers

Dr. Nirala Jacobi has been my go-to resource for information on SIBO. There is so much to know about SIBO, and the SIBO success plan covers all the essentials you need to know about SIBO to beat SIBO for good.

Symptoms of a PEMT gene mutation and choline deficiency

How to Improve Fat Digestion 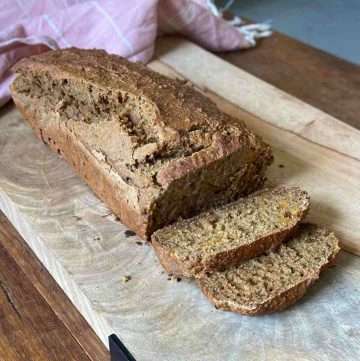 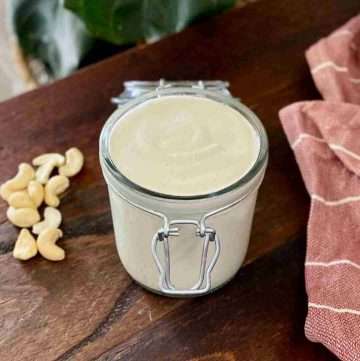