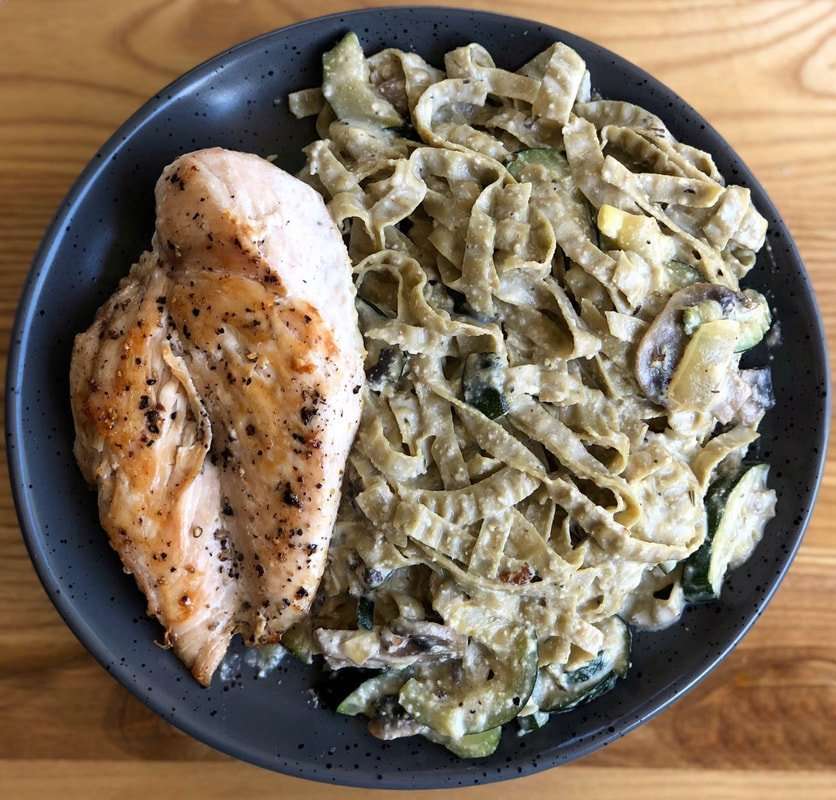 This dairy free alfredo sauce recipe is made with a cashew cream alfredo sauce which is then mixed with sauteed onion, zucchini, mushroom with hints of rosemary and oregano. This cashew alfredo is the perfect creamy white pasta sauce for those with a dairy intolerance who still want to enjoy a delicious easy to make vegan alfredo sauce.

In another small pan place 2 small chicken breast in a pan with coconut oil. Season with salt and pepper and cook over medium heat until nicely browned on each side

To make the cashew cream alfredo sauce place the cashews, miso, nutritional yeast, water and coconut into a blender then blend until smooth and creamy.

Add the cashew cream alfredo sauce to the pan with mushroom, zucchini and onion and let simmer for another 5 mins until it has thickened up.

Meanwhile fill a medium sized stainless steel pot with water and bring to a boil. Place an entire package and ceres organic edamame and mung bean fettuccine and cook until al dente then strain.

Top the mung bean fettuccine with the creamy cashew mushroom sauce and serve with a side of chicken! 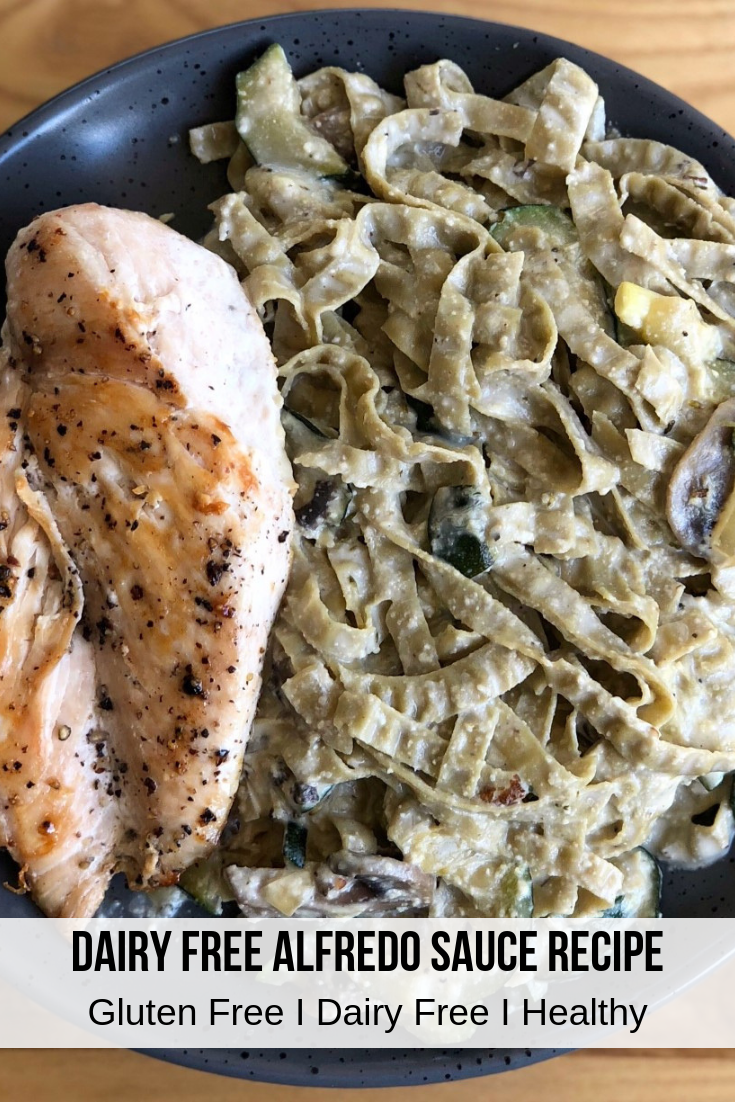